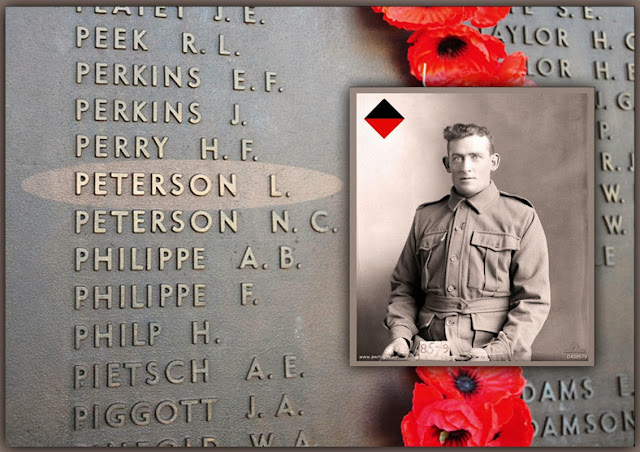 Ok young Lennie, tell me why you did it?

Lennie Peterson joined the AIF in January 1915 and promptly changed his name to Peter Palmer.

He was born in Cheltenham, he was 25 years of age and his parents were Swedish, so cannot see why he would have any reason to change his name.

Lets go back aways, back to his parents so you have some background on young Lennie.

Frederick Adolph Peterson was born in February 1854 in a small village called Turinge, in Sodermanland, Sweden, SW of Stockholm as seen in the image below. 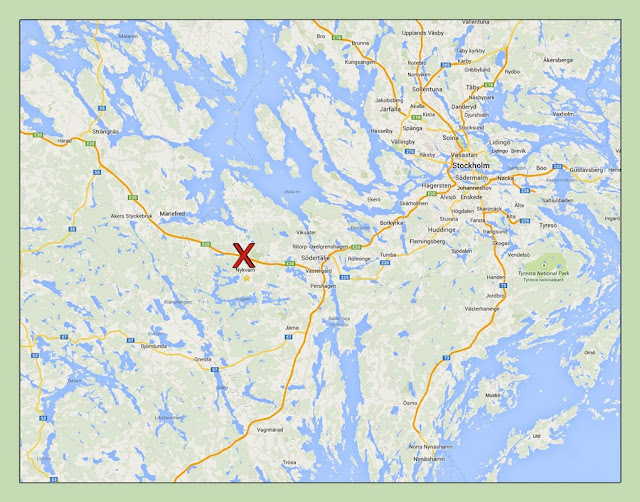 In October 1875 he sailed into Melbourne on board the 44 ton schooner the "Black Hawk" after departing New York some two months earlier.

By the time he was 31 years old, he had met and married 20 year old Emma Butler.  Adolph and Emma went on to have eleven children, with six of them dying before they had reached the age of 10.

One of the eleven children was named Leonard Peterson.

Leonard was born in November 1889 at home in Cheltenham. By the time he was 24 years old, The Great War had commenced and it did not take him long to "sign up" for the AIF.

Lennie enlisted in Melbourne on 29th January 1915 under the name of PETER PALMER with a service number of 722. He was allocated to the 21st Battalion / 6th Brigade. He listed his mother - Mrs E. Peterson - as his 'next of kin'.

The 21st Battalion was raised, as part of the 6th Brigade, at Broadmeadows in Victoria in February 1915. Its recruits hailed from all over the state. The later enlistment of these men, and their average age of 29, would seem to indicate a more considered decision to enlist that set them apart from those who did so amidst the heady enthusiasm of late 1914.

Embarkation was quietly carried out. There was no fanfare of trumpets, and that night they slipped from the pier down the bay in company with the "Euripides" which carried the 23rd and 24th Battalions.


"On arrival at Alexandria, at 2 pm on 8th June, most of the troops took French leave for the evening. Next day we entrained for Helmieh Siding, thence we marched to the Aerodrome Camp, Heliopolis, which was our home for the next three months".


From 12th to 23rd August "C" Company garrisoned the Cairo Citadel, the other three companies, Kasr-el-Nil and Bab-el-Hadid Barracks in the city it self. They were the first Australian troops to act as garrison in Cairo.

By the 29th August they had returned to Heliopis & absorbed the 1st & 2nd reinforcements, which brought them to full strength, on 29th Aug entrained at Helmieh Siding, fully trained Aust.unit ready to take their place beside the 1st Div. which had already made its name on Gallipoli.

The following day - 30th August - they embarked at Alexandria on board the "Southland", but two days later they were very much taken by surprise when the transport was torpedoed off the Island of Stratae, near Mudros Bay at 9.50am.


The "Southland" then, under her own power was beached in Mudrus Harbour about 7 pm. All the small boats were picked up by 3.30 pm and the Battalion was reorganised and refitted on board the "Transylvania" at Mudros. We transshipped to the transport "Abassieh" on the evening of 6th September and were landed at ANZAC Cove before midnight. Next day we took over the line which was to be our home for three and a half months.


Between 24 & 27 November, the troops at Anzac Cove were ordered not to fire on the Turks unless they were attacked or threatened. This so-called ‘Silent Stunt’ was to help deceive the enemy into thinking that a silence did not necessarily mean withdrawal.

On 25th November 1915, Leonard Peterson was killed in action at Gallipoli and is buried at Shrapnel Valley Cemetery. Just 10 months after he enlisted in the Australian Army.


May he and his comrades forever
rest in peace in the valley at Anzac Cove.

LEST WE FORGET
with grateful thanks to the Australian War Memorial and the Australian National Archives for the information they provide on their websites and for which I have used most images and data in the above blog post.


other posts on family members that enlisted in the AIF