Ernie Roberts ~ just one of the Rats of Tobruk (part 1) 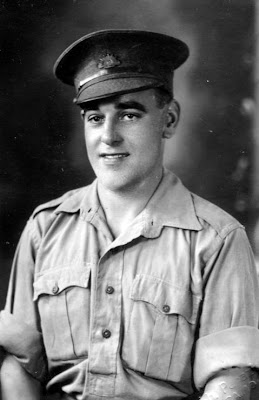 The 2/43rd Infantry Battalion was formed on 17 July 1940 at Woodside camp, near Adelaide in South Australia.

On 1st June 1940 Ernest ROBERTS enlisted in the Australian Army and was soon dispatched to the 2/43 AIF, as seen marked in blue pen on the top RH corner of the following image ...
.

Ernest Lister ROBERTS - or Ernie, as he was known - was born in Melbourne on 24th May 1914 to William George ROBERTS and Charlotte Elizabeth WALKEDEN. He had eight siblings.

The battalion was initially raised as part of the 8th Division’s 24th Brigade and was transferred to the newly formed 9th Division in December. The 2/43rd left South Australia and moved to Melbourne, where it joined the convoy taking the brigade to the Middle East.

On 20th October 1940, Ernie, along with the rest of the Battalion, departed Melbourne on board the R.M.S. Mauretania for the long trip to the Middle East.
. 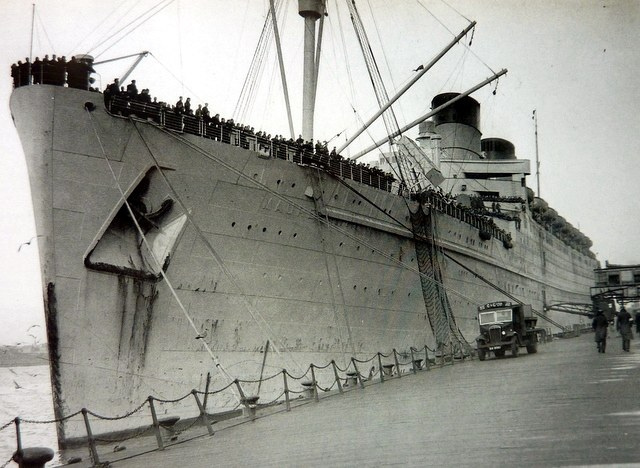 The battalion arrived in Egypt at the end of January 1941. Disembarking at Port Tewfik, the port of Suez, it travelled by train to Palestine, arriving there in February 1941. Southern Palestine was being used as a base for the Australians, where they could complete their training. The 2/43rd went into camp at Khassa, north of Gaza. 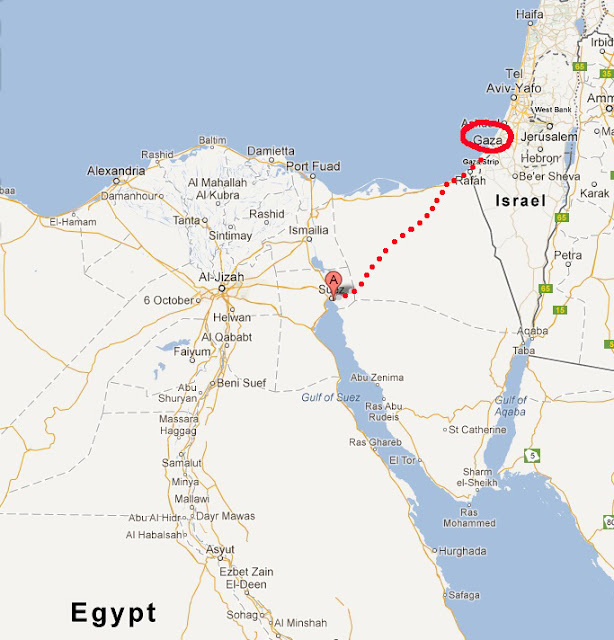 (above: from Port Tewfik, the port of Suez, to Gaza. Feb 1941)
.
By early 1941 the British advance in the Western Desert had reached El Agheila. In March the 9th Division was brought to Libya, to garrison the area east of Tobruk. The division did not have enough vehicles to bring all its units forward towards Benghazi. Consequently, the 24th Brigade (comprising the 2/43rd, 2/28th, and 2/32nd Battalions) remained in Tobruk.

The situation quickly changed in April. The German Afrika Korps, leading the Axis counter-attack, pushed the British from El Agheila and the 9th Division withdrew to Tobruk. The division and the 18th Brigade defended the “fortress” for the next six months. The 2/43rd participated in the usual pattern of defensive duties, manning parts of the Red Line, working on the Blue Line, and aggressively patrolling no man’s land. The Red Line was a series of concrete pillboxes forming a semi-circle around Tobruk. It was the town’s outer line of defence, while the Blue Line was the second line.
. 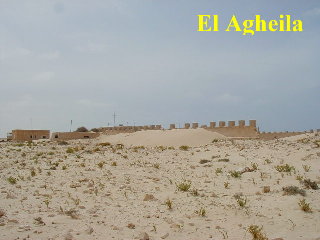 (above: the Italian post at El Aghelia, note the arid landscape!)

Its well worth looking at this LINK as it will give a detailed description of the Lybian landscape at this time along with many images.
. 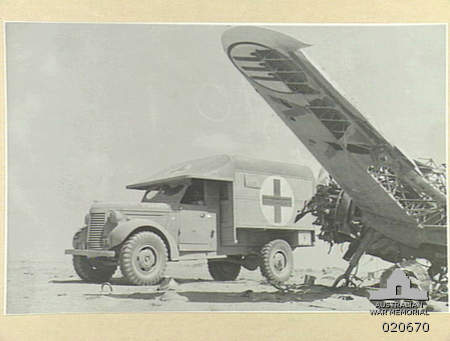 The above image is of a field ambulance in Tobruk, driving past the wreckage of an Italian plane in September 1941. It is 'possible' that Ernie Roberts would have been driving ambulances such as this, even possibly this one!
.
In Tobruk, on the 9th Sept 1941, Owen Thomas Cosgriff wrote in his diary:


Worst night for months – planes over all night.

In September and October the majority of the Australian force was evacuated by sea. The 2/43rd evacuated Tobruk in the early hours of 17 October and sailed to Alexandria, from where it was transferred to the camp at Kilo 89 in Palestine. It later moved to Syria and Lebanon for rest, training, and garrison duties. 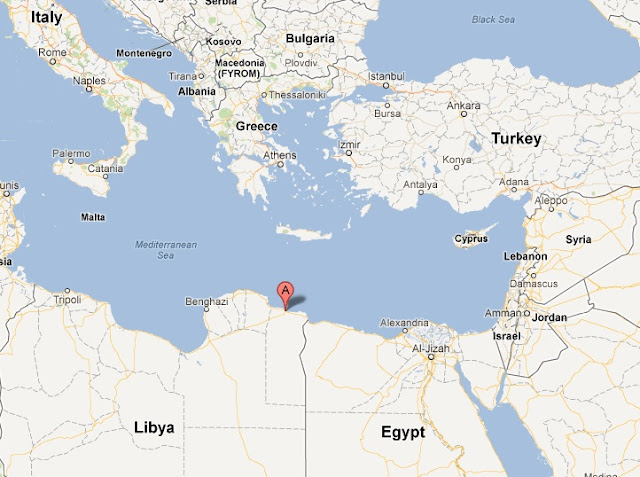 (above: shows the reader where Tobruk is located on the edge of the Mediterranean Sea)

It was during this time that Owen Thomas Cosgriff was writing his diary on events around Tobruk etc .... he often mentions someone named "Roberts", but to whom he is referring I have no idea!
.
On 12 Dec 1941, Ernie was evacuated to 1 AGH (Australian General Hospital) and in his war records it often mentions "post concussion headaches" - being an Ambulance Driver can only assume he specialized in driving these patients suffering from "shell shock" and other head related injuries.
. 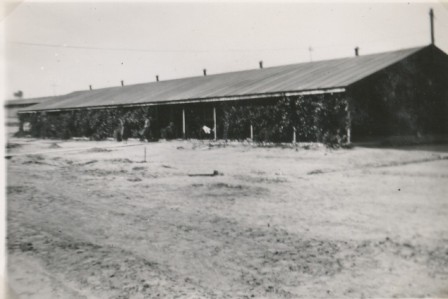 Then in January 1942 he was evacuated from 1 AGH to 4 AGH, where the following images were taken: 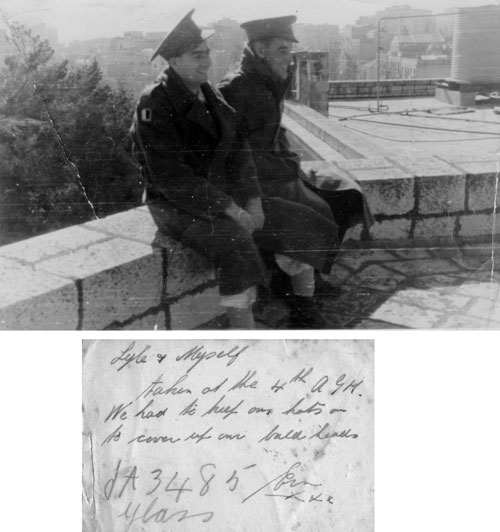 it seems that Lyel BRITTON was a great pal of Ernie's as he is often mentioned in letters and on photos. 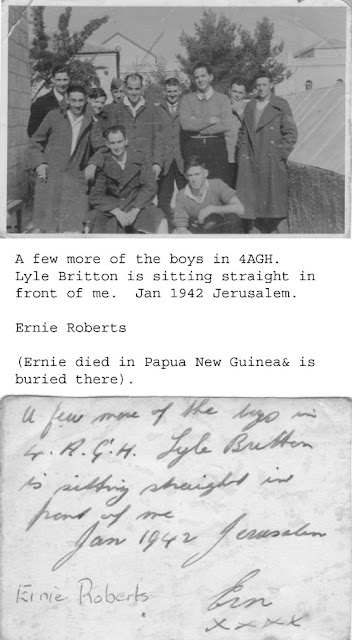 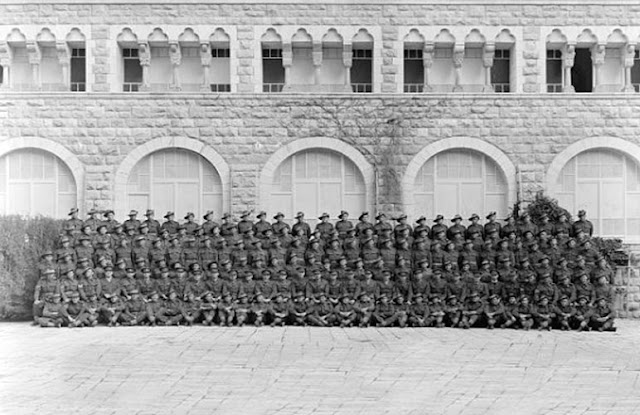 
By July 1942 the war in North Africa had become critical for the British forces. The Germans and Italians had reached El Alamein in Egypt, about seventy miles from Alexandra. Consequently, the 9th Division was rushed to the Alamein “box” and held the northern sector for almost four months as the 8th Army was reinforced for a new offensive.
.
The 2/43rd reached the Alamein front on 5 July and two days later conducted a highly successful night raid. The division attacked ten days later. On 17 July the 2/43rd and 2/32nd (comprising the 24th Brigade) moved inland, fighting along the ridgeline from Trig 22 to Ruin Ridge. The 2/32nd led the attack, advancing from Trig 22 to the Qattara Track. The 2/43rd then followed towards Ruin Ridge, which was briefly captured by the ill-fated 2/28th later that month.

In El Alamein, an obscure railway stop west of Alexandria that in the course of a few days became known around the world, it was a battle that turned the fortunes of war. In November 1942, the Allied Eighth Army broke German and Italian lines to push Rommel's Axis troops back to Tunisia and defeat in Africa.
. 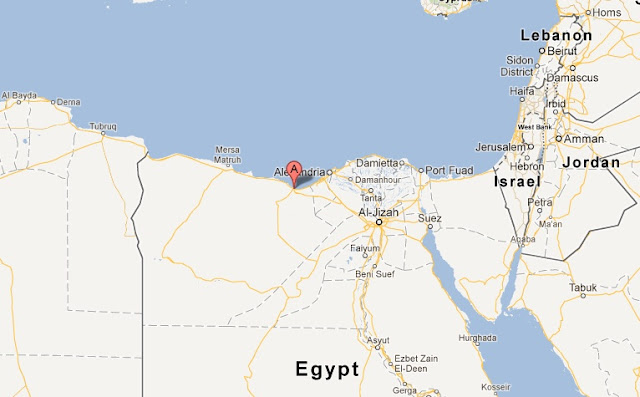 (above: the 'A' is to show the reader where El Alamein is located, just west of Alexandria)

In the midst of "the blue" was the Australian 9th Division, famous throughout the British Empire a year earlier for its defence of Tobruk. Now they dug into slit trenches on low ridges in open ground to hold a line scratched in the stony sands of Egypt.

Alamein was a great, although bloody, success for the Allies and by 6 November Axis forces were retreating. But the 9th Division was needed elsewhere. In December the 2/43rd went to Gaza, participating in the 9th Division parade on 22 December.

In January 1943 the battalion left for the Suez Canal and boarded troopships to Australia. The battalion reached Sydney on 27 February 1943.

But not for long, for just 6 months later they embark for New Guinea. Next blog post will be about Ernie and his posting in New Guinea and subsequent death in October 1943


They laid down their lives - That we may live in peace.
.

.
.
.
with grateful thanks to the
Australian War Memorial
and the
National Archives of Australia
for the valuable information they provide
on their website's and for which
I have used in the above blog post.
including images, data and parts of the diary
of Rev. Owen Thomas Cosgriff.
.
.

as I write this particular blog post on 12 October 2012, I note that it is exactly 71 years to the day that Rev. Owen Thomas Cosgriff wrote the following in his diary, and so a little about Owen Cosgriff::

Blitz again – severe but did not last long… Could not say 2nd Mass as I had to go back to bed.  Evacuating 320 of us tonight – me on a stretcher.  Farewell to Crouch today.  Eyeties attacked last night.  Poles cleaned them up.  Ear much better today.  Send off with Red Cross beer etc at 4 pm.  To No 6 wharf at 5:30 by ambulance – crowded with stretchers and very hot.   I felt dizzy and perspired all the time.  Slept at 10 pm.  Carried out at 11:30 and left under the stars.  Plane over dropping flares.  Rush to get us aboard.  I was nearly last on.  Destroyer crammed full and I slept as soon as I was put down.  Vale Tobruk.  Our advance party on board…

Owen Thomas Cosgriff was born 21 December 1907 in Korumburra, Victoria. In his adult years he moved to Brunswick, Victoria, where he lived until his enlistment with the 2/4th Australian General Hospital (A.G.H), AIF, (Australian General Hospital) in Caulfield. In December 1940, Cosgriff left Melbourne aboard the Maurentania bound for North Africa.

Rev. Owen Thomas Cosgriff’s diary finished on 16 November 1941.  He was discharged from the Army on 13 July 1944 and soon returned to Australia.


Vets and ADF members at the 9th Division Memorial in El Alamein, Egypt for the 70th Anniversary of El Alamein ...
. 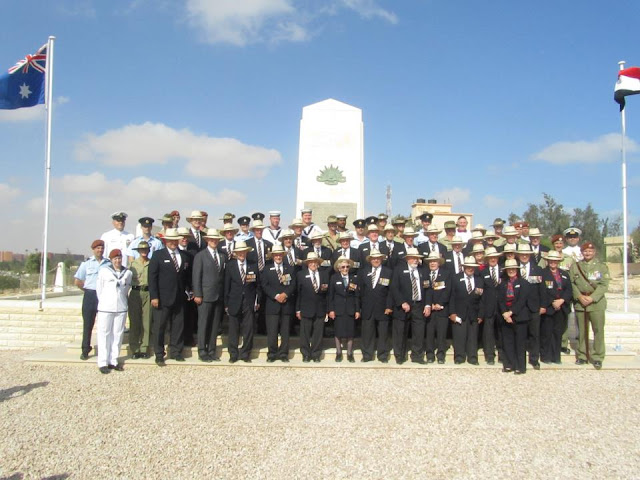