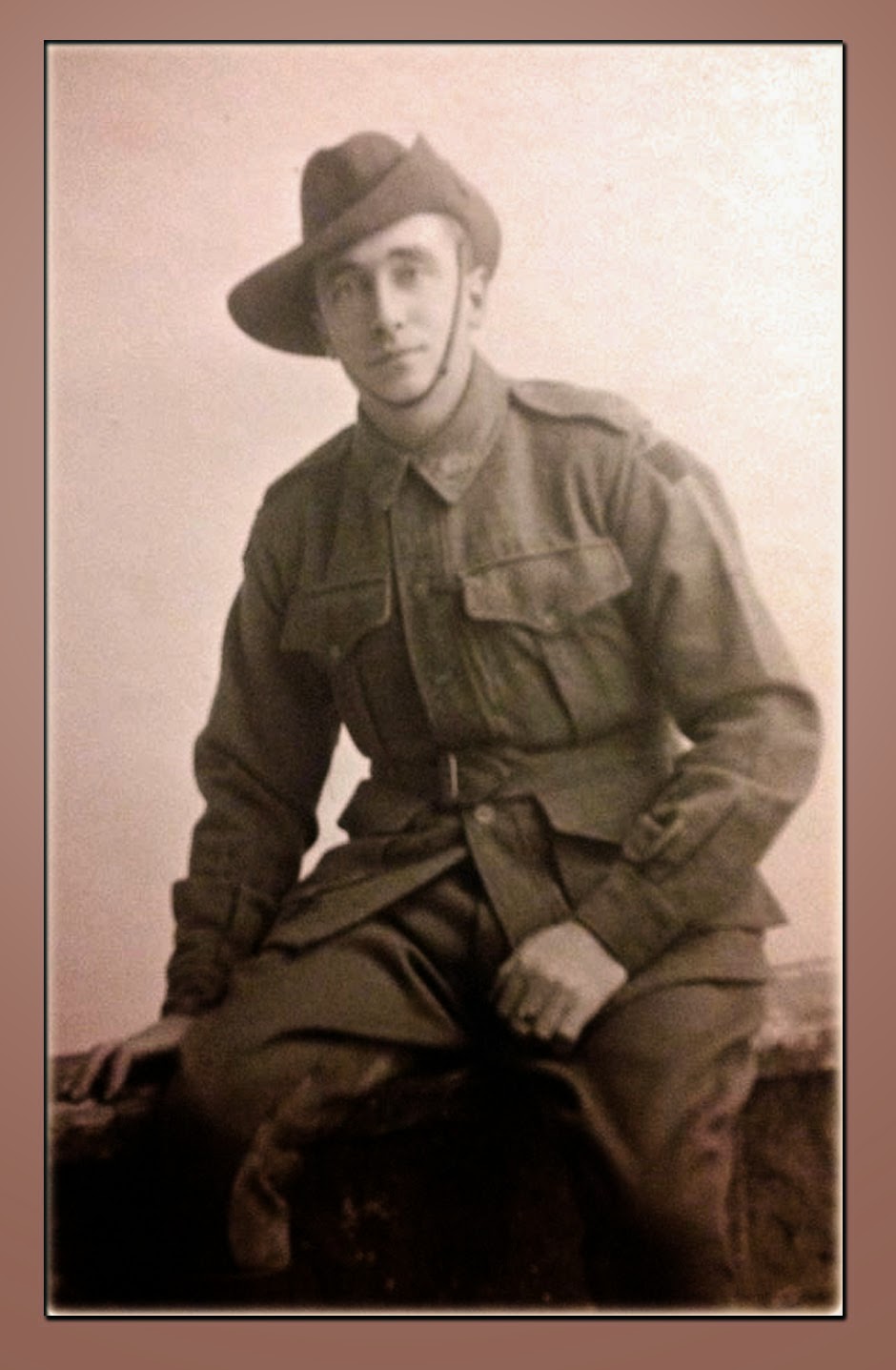 The above is a photo of Alexander Duncan Cameron, who was born in Horsham in 1882 - Alec - as he was known - is the half brother to Matthew Matthews that is in my previous post.


They both embarked on board the HMAT A11 ASCANIUS on 10th November 1915, bound for the Middle East. It would have been sad for them to be leaving their family home - Highlands - at Brimpaen in the Western District. But exciting in a sense as well, they were young men off on what they would have considered "an adventure".  Many young farmers took up the invite to fight for their country and leave the land for the women to manage.

There really is not much to document on Alec as most of his time in the AIF is recorded in the previous post, so if it seems I am repeating myself - I apologise - for that is what I am doing!

By July 1916 the 29th Battalion was moving through Erquingham to Strazeele near Hazebrouck. They had marched from Erquingham (at 1930 on 10th July ) to Bois Grenier and occupied the front line of trenches. There were no casualties and the men were in good spirits according to the 29th Bn diary. The Bois Grenier Line is a support trench that was about 70 yards to the rear of the front line.

A week later, they marched (at 0130 on 15th July)  to Fleurbeaux billets. (Fleurbaix, Pas-de-Calais, Nord-Pas-de-Calais, France) at 2330 Gas Alarm was given from the front front line but not felt here (Fleurbeaux) According to the diary, everyone was prepared. On 19th July the Battle of Fleurbaix commenced near Fromelles. The Australian 5th Division is committed in a poorly planned and executed attempt to take German trench lines.

This Battle was part of the Battle of Fromelles.

Overnight of July 19/20, Alec was wounded, but discharged from hospital 4 days later. There is no documentation of his wounds that I have located to date.

At this same time Mat received a GSW (Gun Shot Wound) to the head and right arm and was transferred to England within days. One of 'the large number of wounded' brought in both by date & night. The 29th Bn were still holding the front line alone - at the Battle of Fleurbaix.

Mat (Matthew Matthews) ended up being under medical care for over three months and did not rejoin his unit until late 1916 when they were at Etaples in France. On 29th July 1918 he was KIA at Morlancourt.

Alex returned to his unit and three months later was admitted to hospital with Pyrexia.

(Fever (also known as pyrexia or febrile response) is one of the most common medical signs and is characterized by an elevation of body temperature above the normal range of 36.5–37.5 °C (97.7–99.5 °F) due to an increase in the temperature regulatory set-point. This increase in set-point triggers increased muscle tone and chills)

By May 1917 he was stationed at Wareham in Dorset when he joined the Australian Provost Corps. 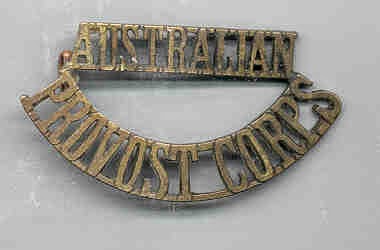 The primary tasks for the Australian military police (or the APC) were the same as for rest of the British Army:

Returns – Crimes and Offences. Nov – Dec 1918.
- On the evening of the 14th inst., about 9.30 pm two of the MP here were violently assaulted whilst in the execution of their duty, by a gang of about 20-30 Australians. One of them L/Cpl Harding, was badly knocked about the head and is under medical treatment. I proceeded to the spot, and found that the men had fled, but that they appeared to belong to the transport Section of No 6 Aust. Field Ambulance.

I called on the CO, and it was arranged to have the whole lot inspected at 7.am the following morning.

This was done, and two of the culprits identified by the marks on their faces, and the presence of a police cap badge in the possession of one of them. These [men] are to be sent to Court Martial.

Not much is recorded in the service records for Alec over this period, but it seems he was admitted to hospital quite frequently and the last time was in June 1919 when he was at Tidworth Military Hospital in Wiltshire, England with bronchitis.


Alec was "invalided back home" after a severe bout of bronchitis on board the S.S. KANOWNA arriving in Melbourne on Thursday 23rd October in 1919.  The soldiers were transported to the 11th Australian General Hospital (Caulfield Military Hospital) 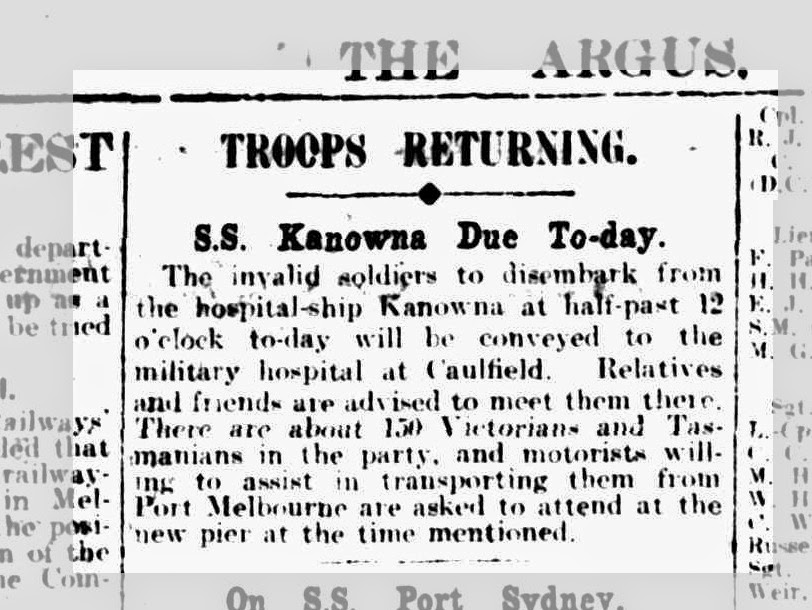 The following images are of the Caulfield Military Hospital at the end of WW1. 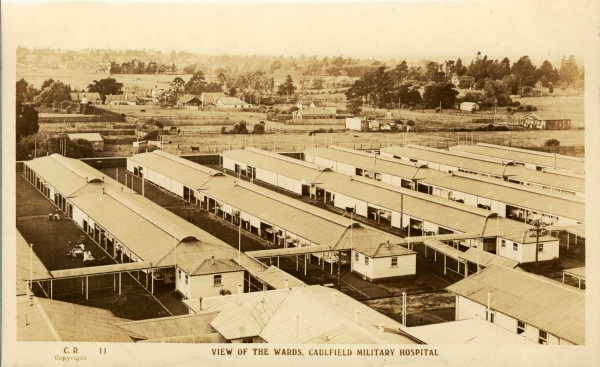 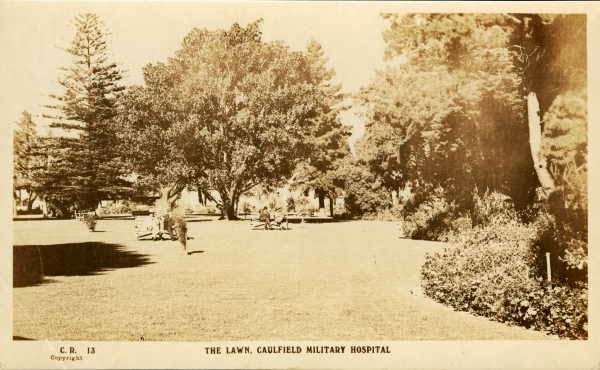 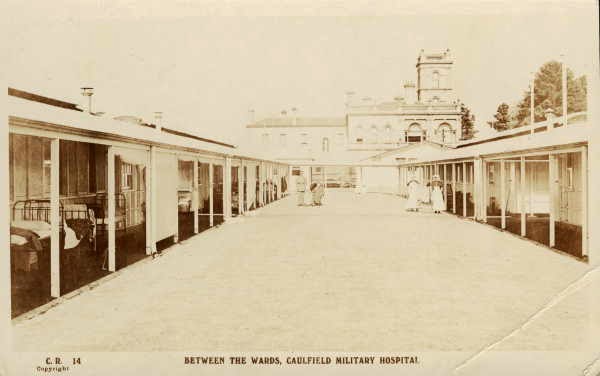 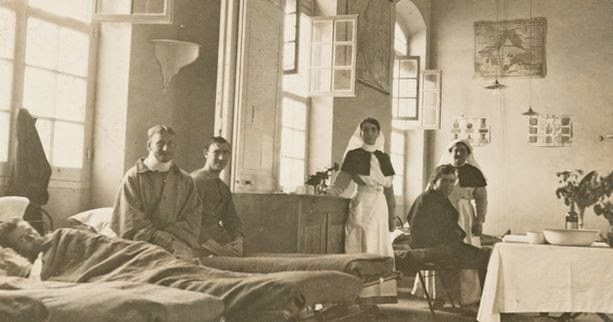 I have no idea how long Alec was here at the hospital, but am sure he would have been back home at Laharum as soon as was possible!

Alec Cameron died at Horsham on 14th June 1947 and is buried at the Brimpaen Cemetery alongside his wife Elizabeth who died in 1963.

Alexander Duncan Cameron was the 100th soldier to be identified from the photographs that were located in the attic of the Thuillier family.

Discovering The Lost Diggers of Vignacourt

his two half brothers:

With grateful thanks to the following for information

and the use of images & data off their sites.:

The uniform of Alexander Duncan CAMERON 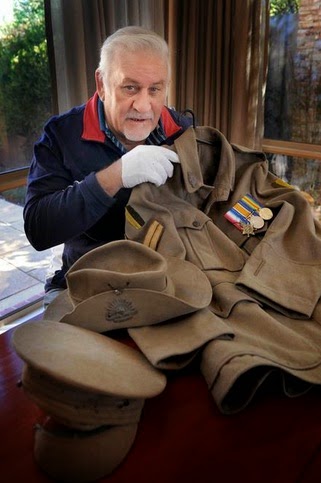 Horsham Historical Society’s John Francis with the First World War uniform of Brimpaen farmer Private Alexander Duncan Cameron,
which the society will display.
The uniform is on loan from the Mibus family
article here